The Landmarks Advisory Group is a subcommittee of Hastings District Council. It is made up of five councillors and four Landmarks trust members.

The advisory group meets quarterly with Landmarks Trust holding their meetings a week prior to discuss their community-focused and community-generated topics.

Reports on Council projects or applications that have the potential to impact on the look and feel of the district are taken to the advisory group. The group's recommendations and then referred back to Council for ratification or information purposes.

History of the Landmarks Trust 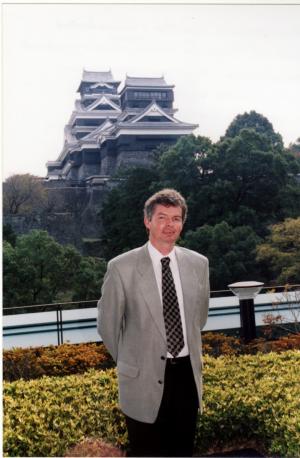 In the 1980-90s, the Hastings District was reeling from an economic downturn, closed industries (especially two freezing works and Morrison Industries; all major employers) and a breaking down of the ‘old order’ - all of which had a major effect on its people.

The late Jeremy Dwyer (pictured right), had just been elected as Hastings mayor and inherited a dispirited and depressed environment. He was New Zealand’s youngest mayor at the time. Mr Dwyer recognised the importance of our identity and heritage. He also saw a strong desire from the community to build on the strengths of the district in order to make it a better place to live, visit and do business in. With his driving optimism, in the late 1990s, he forged a path ahead – with both business and community forums, workshops and overseas experience to call on.

What resulted was the Landmarks philosophy; the community’s blueprint for a better future. A comprehensive Landmark’s Development Plan evolved, which won a New Zealand Planning Institute Award in 2001. This plan was in part guided by the largest public questionnaire ever conducted in the city. It detailed the aims and aspirations of Council in upholding the Landmarks philosophy to create a better environment for our citizens. It is regularly updated and provides a sound reference point.

Landmarks Trust members come from all walks of life and cultures, linked by one thing – the desire to contribute to creating a better city and district. For a small annual membership fee you, your business, club or organisation can join.

To become a member of The Landmarks Trust email us.