Talent shines through at chess competition 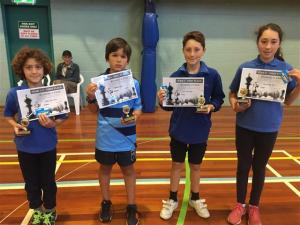 The final Hawke’s Bay district’s school students’ chess tournament for the year was held last week, attracting the most participants seen at the annual competition for the last three years.

The junior Hawke’s Bay District Chess Tournament attracted 173 entries, up from 147 last year, with students attending the all-day event from schools across the wider Hawke’s Bay.

Nuhaka School principal Nick Chapman said the three winning students were not only great strategists, they also used mindfulness as they dealt with the pressure on the board and the distractions around them.

“We are elated with their personal successes - quite extraordinary.”

Eastern Knights chess club members regularly coached the students, and the game had a strong following at the school.

Mr Earle said the value of chess as an educational tool was becoming recognised internationally where in some parts of Eastern Europe in particular it was being included in the maths curriculum.

He said it was easy to spot those students who were gaining a mastery of the game.

“We can spot talent a mile off – these players seem to have a grasp of strategy and tactics that has not been coached.

“While they might have developed as a result of their own interest, with coaching added they become even stronger.”

He thanked members of the chess club and the team at the Hastings Sports Centre who co-ordinated the tournaments throughout the year.

“This has ensured the continuity and success of these events.”