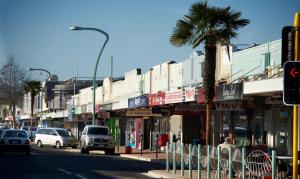 Retail spending in both Hastings and Havelock North continues to grow; up 7.6 and 7.7 per cent respectively – more than two percentage points above the national average of 5.1 per cent.

While 70 per cent of the spending was attributed to Hastings locals, visitors from Napier, wider New Zealand and overseas also spent their money here.

Twelve per cent of the Hastings total (almost $10m) came from Napier shoppers, up 15 per cent on the same quarter last year, while just over five per cent of the Havelock North total (almost $2m) came from Napier cardholders, up 8.7 per cent. Central Hawke’s Bay shoppers also made a significant contribution to the Hastings figures, spending more than $5.6m over the three months, 20 per cent up on the same period last year.

Spending by outside of Hawke’s Bay, including international visitors, was also up in both areas.

MarketView based its reports on electronic card transactions with adjustments made to allow for cash and hire purchase payments.

The latest figures continued the trend of the previous 15 months.

“This extended growth period, in which we have outperformed the national average in every quarter for almost the last two years, is very good news on a number of fronts.

“As well as being good for retailers, it is confirmation that our economy as a whole is in excellent shape. A good part of that is because we have a very good spread of business across a range of fields so some of the economic shocks that have affected other parts of the country, such as dairy downturns, don’t have any serious implications for our district.”

He said that one of the obvious affects was having more people in the central city area, which enhanced the atmosphere, which in turn led to more people enjoying the space and spending more time there.