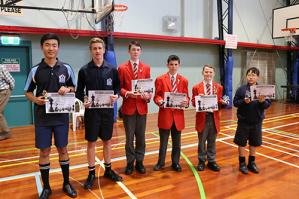 Mike Earle, President of Hawke’s Bay Chess Inc. and organiser of the tournament since its inception 39 years ago was pleased with the continued participation and noted Nuhaka’s dominance at intermediate level, and Napier Boys’ High School and Lindisfarne’s strengths at secondary level.

Top three in each grade: