Two years on - good progress being made on water strategy 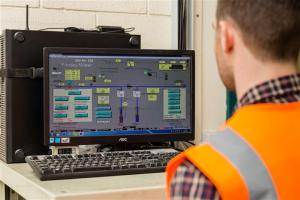 New technology to allow real-time monitoring of the district’s drinking water supply is another safeguard that’s been put in place following the contamination event.

Two years on from the unprecedented Havelock North water contamination event the Hastings District Council has taken on board the learnings from the Government water inquiry and made the delivery of safe water a top priority.

Hastings Mayor Sandra Hazlehurst says it’s an important time to reflect on and acknowledge what happened, and to also acknowledge the enormous amount of progress that has been made in the last two years.

“We recognise the community is still feeling the impact of the event.

“People suffered in many ways – emotionally, financially and physically – and we know some of that pain lingers - everyone has our heartfelt sympathies.”

She said the council had taken many steps to safeguard the district’s residents to ensure an event like this never happened again, and this progress would continue in the years ahead.

“This will mean our district has safe and reliable drinking water for many years to come.”

In August last year the council adopted a new Water Strategy, and to date had completed a significant amount of work to achieve what are likely to be amended New Zealand Drinking Water Standards as a result of the inquiry.

A $47.5 million investment package for the whole district over the next four years had been committed - $40.5m to be spent on building new infrastructure to replace the Brookvale bore and the eventual full treatment (UV and chlorine) of all drinking water sources by 2021.

Physical works completed to date included the removal of Brookvale bores 1 and 2, with full treatment to a very high standard installed at Brookvale bore 3.

The bore at Wilson Rd had been upgraded, including UV treatment, a new bore had been put in at Flaxmere, and the construction of the new Hastings to Havelock North water trunk main was two-thirds complete.

Plans were in place to construct a water booster pump station at Havelock North over the next 12 months, and major upgrades were underway at the Eastbourne and Frimley borefields, including new treatment and reservoir storage.

As part of the upgrades new technology had been installed to allow the council to monitor water quality in real time to identify any issues before they potentially impacted drinking water quality.

A further $7 million would be invested in the infrastructure and treatment of small urban water supplies at Te Awanga/Haumoana, Clive, Whakatu, and Waipatu, and small community supplies at Waimarama, Waipatiki and Whirinaki.

Other aspects of the strategy included measures to protect the water at source, with source protection zones developed for Hastings, Havelock North and Flaxmere, these hoped to be incorporated through the TANK plan change process, giving better control in areas where drinking water could be affected by ground water quality.

Since 2016 the council had also revised its Emergency Response and Water Safety Plans and joined with the Hawke’s Bay Regional Council and health authorities to form a Joint Working Group to work on drinking water quality.

The Hastings District Council was also part of the Hawke’s Bay Drinking Water Governance Joint Committee, comprising all Hawke’s Bay councils, the Hawke’s Bay DHB and Ngāti Kahungunu Iwi Inc, which had been formed to look at delivering safe drinking water as a whole region.

In addition, the Hastings District Council’s three-waters team had been boosted from 13 to 25 staff members and a comprehensive risk management framework developed.