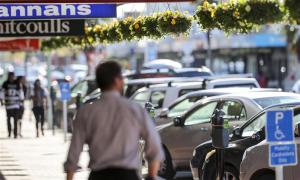 The strong growth trend in retail spending in the Hastings district continues, according to figures released in the latest Marketview quarterly report.

For the three months ending September 30, spending in Hastings grew by 7.9 per cent on the same time last year reaching $67 million and increased 7.5 per cent in Havelock North to a total of $31 million.

The numbers arise from electronic card retail transactions and the Hastings district’s 7.9 per cent growth outstripped the national spending growth rate of six per cent.

Hastings District Council’s economic development and urban affairs portfolio leader Damon Harvey said it was great that both Hastings and Havelock North retail spend continued to grow at a rate higher than the national average.

“We have some fantastic local retailers who along with a good mix of national retailers create an ideal mix and variety for shoppers.”

Napier shoppers, however, spent 1.8 per cent less in Havelock North than they did at the same time last year.

In Hastings, locals again were the main spenders contributing 70.9 per cent of the total spend, Napier shoppers contributed 11.4 per cent and Central Hawke’s Bay again had a large increase on last year (24.9 per cent) adding 6.6 per cent to the total.

Saturdays were the big shopping day in Hastings, while the most activity was seen in Havelock North on Fridays.