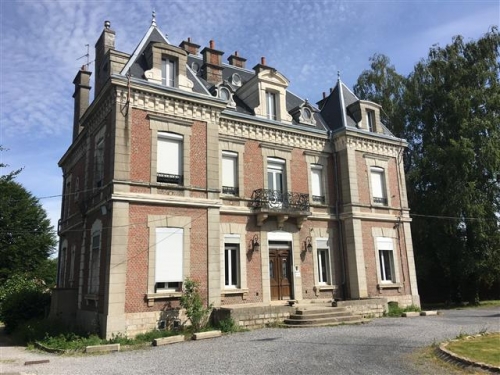 As well as supporting Anzac Day services across the district, the Hastings District Council is also supporting another commemorative activity – this one further afield.

After consideration, funding of $5000 for one year was approved and included in the Long Term Plan 2018-2028, to put toward building the museum that will ensure the stories of New Zealand soldiers who fought overseas are preserved for future generations.

The New Zealand connection to the town of Le Quesnoy traces back to November 4, 1918 when it was liberated solely by New Zealand soldiers.

In his letter requesting funding, museum trustee Right Honourable Sir Don McKinnon said the New Zealanders chose to use ladders and ropes, rather than grenades and mortar fire, to make their way into the town in order to avoid civilian casualties and preserve the fabric of the walled town.

“They took 2000 Germans prisoner, and there was no loss of civilian life.

“However, 135 courageous New Zealanders died in battle – their sacrifice forged an enduring link between the people of Le Quesnoy and their liberators.”

Hawke’s Bay also had a special connection to this battle as the 2nd Wellington Regiment of the New Zealand Division included a company drawn from men in Hawke’s Bay who fought with great gallantry and lost lives.

Although not the one to bring the siege to an end, this company was part of the force that encircled the town, drove off the German supporting troops and ensured that the eventual capitulation of the defenders did not incur the need for artillery in the town itself (except for the clock tower where the defenders had a lookout post).

Artillery was however used on the historic ramparts that surrounded the town.

One member of the Wellington regiment, B Company, was Hawke’s Bay man Private Clarence William Evernden.

His grandson, Jim Ferguson, said Clarence joined the New Zealand division in the early part of 1917 aged 24, as part of the 23rd reinforcements and fought as an artilleryman at the Messines and at Passchendaele, before serving at Le Quesnoy.

“He was a linotype operator at the Dannevirke Evening Standard when he volunteered,” Mr Ferguson said.

“He returned to New Zealand in 1918 deafened and permanently bent – he never spoke of his experiences.”

In order to establish a dedicated place in Europe for New Zealanders to remember their family members’ sacrifices, a trust was set up and purchased the historic former mayoral residence and surrounding gardens in Le Quesnoy, France.

The plan is to repurpose the mansion into a permanent museum that will exhibit interactive and precious historic collections, focusing on New Zealand’s military involvement in Europe and its significant contributions in both World Wars.

An integral part of the experience will provide resources to allow research into the location of New Zealand soldiers’ graves in Europe.

The unveiling of the museum took place on November 4 last year to mark the centenary of the liberation of Le Quesnoy by New Zealand soldiers.

The trust aims to raise $15m to convert the mansion to a museum, as well as re-purpose its outer buildings into accommodation.

Hastings mayor Sandra Hazlehurst said she was delighted the council could contribute to this worthy project.

“This town has a very close connection to New Zealand thanks to the actions of our brave soldiers and to have a company from Hawke’s Bay included in that makes it fitting that our district contribute towards this initiative that will tell New Zealand soldiers’ stories.

“The Hawke’s Bay company that was part of liberating the people of this town deserves this recognition along with the praise and gratitude expressed by the citizens of Le Quesnoy.”