Televisions pouring in for recycling 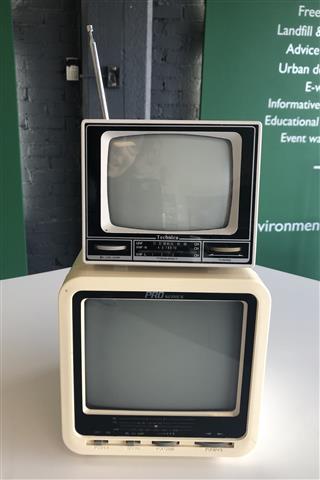 Old televisions have been pouring into the Hawke’s Bay Environment Centre since the cost to recycle them was slashed, with more than 220 arriving in the first eight weeks.

And it is about to get even easier to drop them in, with the centre extending its opening hours. From July 1, the Karamu Rd centre will be open five days a week, Monday to Friday, from 10am to 5.30pm.

Centre general manager Marielle Haringa said the charitable organisation had been able to juggle resources to allow for the longer opening hours.

“We think it’s important. We have more and more people wanting to use our services, and the mixture of hours that we have had until now has made that a bit difficult. Now people can call in on the way home from picking the kids up from school, or after work.”

The influx of televisions followed a cut in the cost of dropping off an unwanted set to $5 for Hastings residents - a saving of up to $30. Hastings District Council is subsidising the television collection to keep them out of the landfill. Proof of address and a photo ID needs to be shown when dropping off the TVs.

Televisions can contain a range of harmful elements including lead, cadmium and mercury.

The range of televisions that had been dropped off had been surprising, Ms Haringa said.

“Everything from dinky five or six-inch models, to one that was almost the size of a mini.”

The sets are stored at the Environment Centre until there are enough to warrant freighting them to The Abilities Group in Auckland, where they are stripped down and the parts sold for recycling.

While Environment Centre volunteers strip down things like computers and phones for recycling on-site, the equipment and space required to deal with televisions meant it was more sensible to ship them to a company already specialising in that field, said Ms Haringa.

Doing so had the added advantage of supporting The Abilities Group; a not-for-profit organisation providing work for people with disabilities.

Residents dropping of televisions need to provide proof of identity and a Hastings address.

Larger items can be dropped off for a small fee, to help recover the cost of handling and freight, including printers and computer monitors, and small appliances such as microwaves and vacuum cleaners.

For the full lists see: www.environmentcentre.org.nz