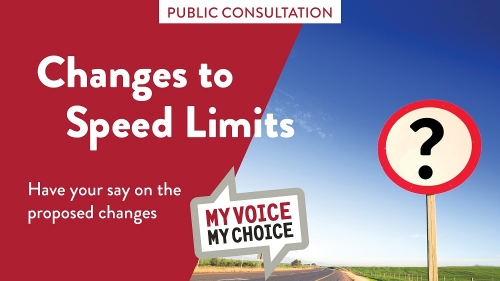 A six-week long formal consultation process will start on Monday August 3 with Hastings district residents, asking them to have their say on a number of speed limit amendments.

Aimed at improving safety through reducing the likelihood and severity of crashes, Hastings District Council is reviewing the speed limits, either in their entirety or on sections of 70 roads in our district.

The review is being undertaken after Council received numerous requests from the public to consider further amendments across other routes during previous reviews in 2018 and 2019. As well as these public requests, Council is also reviewing roads identified by the New Zealand Transport Agency where speed reductions could make a big difference in preventing deaths and serious injuries. The review also seeks to align Hastings with neighbouring councils’ speed limit change proposals, and account for road and land usage changes due to development.

Broadly speaking, the roads can be clustered into the followed locations:

The new proposed speeds are considered to be safe and appropriate for the roads or sections of roads identified but the views of the community will be sought as is required under the bylaw-making provisions of the Local Government Act 2002 and the Land Transport Rule: Setting of Speed Limits 2017.

Council will also be holding a public drop-in session for the Twyford and Flaxmere/Omahu areas in the coming weeks – details will be on the Hastings District Council Facebook page and My Voice My Choice website when confirmed.

Council is calling for input from the public on the proposal, with the consultation running from August 3 until midday September 14, 2020.

You can view the Draft Statement of Proposal and make your submission from Monday August 3 either online at www.myvoicemychoice.co.nz or in person at the following locations: