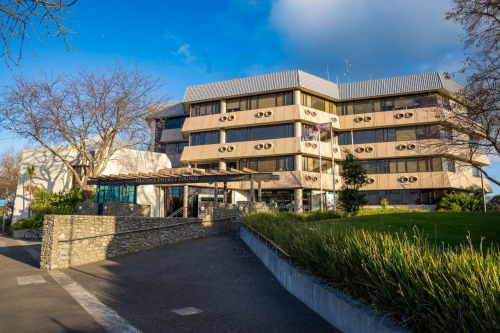 Keeping a projected rates increase as close to that which was consulted on was a key consideration for Hastings district councillors who yesterday deliberated on the submissions they received to this year’s draft Annual Plan 2022/23.

Over the past week the council went through its Annual Plan hearings to set the budget for the coming year and consider feedback and requests for support from the community.

Acknowledging the current financial challenges facing the community and the country, as well as budgeting for the core council services such as roading, water, rubbish and recycling, the council agreed to contribute money towards several projects of importance to residents.

This saw the average rate increase projected to be 6.9 per cent, should the council decide to purchase the Tōmoana Showgrounds.

The final decision on the Showgrounds would be made on June 23, and the final average rates increase would be confirmed and adopted on June 30.

Hastings mayor Sandra Hazlehurst said that while it was disappointing to not be able to approve all requests for funding, council was mindful of trying to minimise the rating increase.

“We’ve been very conscious that we went out in our Annual Plan with a rates rise expectation of 6.6 per cent that we consulted on, but when we go through the Annual Plan process we have the opportunity to hear what other projects are out there that could support the community.”

One of the most significant financial decisions was to approve a request for $2 million capital funding to support the completion of the expansion of court space at Pettigrew Green Arena.

Mrs Hazlehurst said the funding was approved due to the importance of the facility for the region, where indoor sports such as basketball and volleyball were the fastest growing, and that Hastings residents accounted for 45 per cent of the stadium’s users.

“I’m incredibly supportive of what has been achieved at the Pettigrew Green Arena over the past 20 years. This is an important regional facility that our whole region uses and benefits from.”

Pettigrew Green Arena chair Craig Waterhouse said there had been phenomenal growth in indoor sports in the region, and that with the expansion the arena would be the third biggest indoor court sports facility in New Zealand.

Other projects to receive funding included Te Mata Park for the provision of essential water services for users, the Havelock North Village Carnival for this year’s event and support for the costs of maintaining Te Pōhue domain and Okawa Esplanade Reserve.

Several other requests were able to be funded from existing budgets, thus having no rating impact, including a renewal of tennis courts at Memorial Park in Haumoana, Flaxmere College landscaping works that would be of benefit to the wider community and some streetscape enhancements in the Market Street area of the inner city.