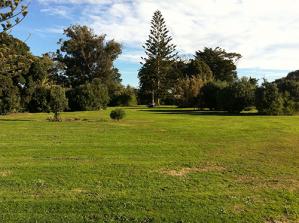 After comprehensive public consultation over two years, improvements to the 10 Cape Coast reserves can get underway.

Hastings District Council will be asked to put funding in place for the 10-year work programme, after the plan was signed off this month (May 15).

The complex steps needed to finalise a reserves plan are set out in the Reserves Act. They include two rounds of public consultation (one informal; the other formal), approval from the Minister of Conservation, and the hearing of submissions before the adopting of the final plan.

In the first year of the adopted plan, subject to Council approving the funding, there will be improvements to Te Awanga Domain, particularly to the car parking areas at the Te Awanga and Haumoana domains. Planting across the reserves is planned for each of the 10 years, and outdoor furniture is programmed from the second year. The full budget over the 10 years is $1.09 million. That does not include toilet replacements at Te Awanga Domain and Haumoana Domain, for which $340,000 has already been budgeted.

Councillor Rod Heaps said putting a plan together covering the 10 reserves had taken a great deal of work – but it had been well worth it.

“Everyone involved has put a substantial amount of research into this project and then put every effort into getting feedback from the community.”

“While the process can seem quite long and involved, it is well worth it when you see what we now have to guide us over the next decade in what are some of our most important spaces.”

“It is very pleasing to have had a great deal of input and support from the Coast communities. We are all looking forward to the projects being rolled out.”