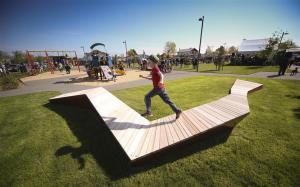 Through careful budgeting Hastings District Council has achieved its aim of putting aside almost $48 million to continue improving drinking water systems and supplies, while keeping this year’s rate increase below an average six per cent.

The plan put before the public proposed spending $47.5m over four years on a range of major improvements including finding, testing and securing a new bore source, putting treatment on all public water supply bores, and increasing water storage.  Once the new Hastings to Havelock North water main is activated, the Brookvale bore field will be abandoned. Water from the Te Mata aquifer (from which the Brookvale bores draw) was closely implicated in the 2016 Havelock North water contamination, which has changed the way the whole of New Zealand views drinking water, water safety and water treatment.

Public feedback on the water plan was overwhelmingly favourable, said Hastings mayor Sandra Hazlehurst. “This is something we have to do, and it is very pleasing that we have such strong support from our residents on the way we are handling it. Drinking water safety is this Council’s number one priority and the weight we have given it in the Long Term Plan confirms that.”

The cost of drinking water improvements accounted for almost 3.5 per cent of the average 5.8 per cent rate increase.

“A great deal of planning has gone into the best, most effective way to carry out the improvements; both practically and financially. The bulk of the cost is spread over three years which is the optimum period that will allow us to get all of this work done. It also assists financially by spreading the cost,” said Mrs Hazlehurst.

“As part of the LTP process, we were also able to provide support for a number of very worthwhile community projects which we look forward to seeing come to fruition,” she said.

Those include installing a half-basketball court in William Nelson Park (a very popular ‘high activity’ park), and providing funding for the Palmbrook Care Group (a voluntary planting group), surf lifesaving, the Raureka Community hub; the Keirunga Gardens art complex, the Knowledge Bank, and the Guthrie-Smith Trust, which runs the Guthrie Smith Arboretum and Education Centre.

Mrs Hazlehurst said a great deal of consideration by councillors was put into the community requests for infrastructure and support. “There is always a delicate balance between providing the facilities that support our enjoyment of living in our stunning district, and ensuring we keep rates to a manageable level.”

Drinking water infrastructure was one of five major issues in the plan – all drawing positive feedback from the public and confirmed to proceed by Council.

The second was the upgrading of bridges on critical routes to comply with new central Government rules around the size of trucks allowed on the roads. The work involves testing and upgrading bridges that does not meet the new rules.

The third was continued upgrades in the city centre to ensure the positive outcomes from previous investment continue. Specific improvements include reconfiguring the central city mall, encouraging the development of the east blocks of the city into a hospitality, entertainment and retail precinct, and upgrading Civic Square.

The fourth key issue was continued investment in infrastructure to service subdivision for the district’s growing population. The programme will see Council continue to install infrastructure (such as water services, roads and footpaths) in a planned manner that provides for people while protecting the region’s valuable horticultural land.

The fifth was investment in the district’s parks and reserves; continuing the on-going programme that has seen the complete rejuvenation of major parks over the last 10 years (Flaxmere Park and Havelock North Village Green) and smaller upgrades of community playgrounds. Over the next four years the plan is to carry out a major upgrade of Cornwall Park and improvements to seven other parks and reserves. Money has also been set aside to assist with the funding of a canoe polo facility at the Hawke’s Bay Regional Sports Park.