Kain Place in Hastings was named in 2008, at the suggestion of a member of the public, after Edgar 'Cobber' Kain, a New Zealand ace fighter pilot born in Hastings who served in the RAF in WWII. He wore a pounamu tiki given to him by one of his sisters. 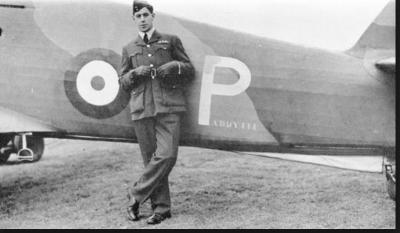 Edgar Kain was born in Hastings New Zealand on 27 June 1918 to parents Nellie Maria Kain (formerly Keen, from prior marriage by which she had one child) and George William Reginald (Reggie) Kain, who married in 1912. According to 1914 electoral records his family resided at 504 Nelson Street North, Hastings, and his father was working as a commercial traveller (travelling salesman) and later a warehouse man.
Eddie (as he was known to his family) had two older brothers, Maurice and Kenneth, and sisters Peggy, Mabel and Judith.

For more information about 'Cobber' Kain, including his war record, see the story available from the 'related documents' section at the bottom of this page.