All of New Zealand is at the orange traffic light setting of the Covid-19 Protection Framework When you are inside any public areas of any Hastings District Council facility (excluding our pools in Flaxmere and Clive) you are required to wear a mask. Click here to find out more about Life at Orange. Read more »
Keyword: #whakatuarterial

Te Ara Kahikatea provides a very important connection between the growing fields of Hastings, the production facilities of our district and the routes out of the region to our customers across New Zealand and the world. It also moves large vehicles from the residential streets in and around the Whakatu residential area, making the streets safer for our people. The building of Te Ara Kahikatea (project name: Whakatu Arterial Link) was completed and the road opened to traffic in late 2018. It was officially blessed and opened in February 2019.

Taking five years to plan and two years to build, it was the largest roading project undertaken in Hawke’s Bay since the construction of the Napier-Hastings Expressway in 2002.

The planning for the road was a major undertaking in its own right, with a broad range of interest groups potentially impacted by the project. The near four-kilometre green fields route was home to urupa, commercial orchards, and a culturally significant waterway, cross-crossed by infrastructure including rail, cycle paths and existing roads; all  on soils protected under local legislation for their excellent growing qualities.

To ensure all voices were heard, Council instigated an ‘enquiry by design’ process, which brought all groups together to design the route on a genuinely blank page with just the start and finish points marked. That collaboration, while taking longer than traditional engineering-focused design, saw the route avoid the most significant sites and ensured it proceeded with no major hurdles.

The 3.5 kilometre  route starts at State Highway 2 (near the Napier Rd intersection), bypassing the Whakatu residential area and passing through the Whakatu industrial area, and finishes at Pakowhai Rd. It includes three large roundabouts (one at each end and one at Whakatu) and a 45m long bridge over the Karamu Stream.

The project cost was $25.6 million, with Government providing $17.97 million through NZTA. 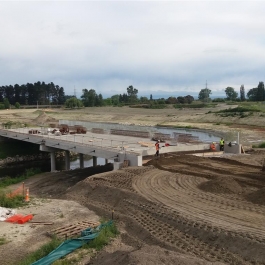 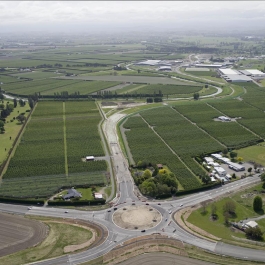 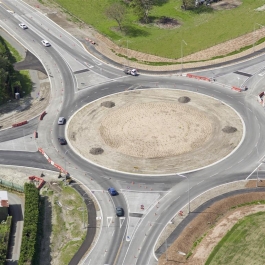 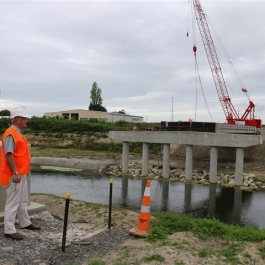 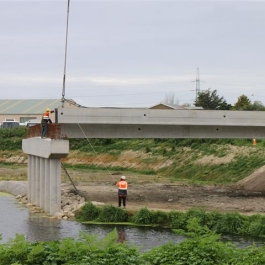 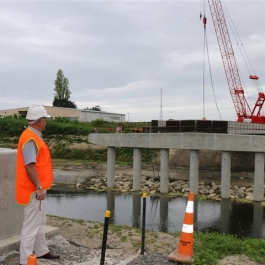