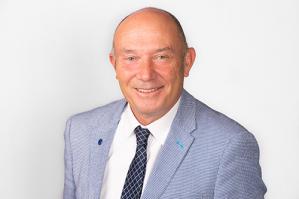 Hastings District Council is delighted to announce the appointment of To’osavili Nigel Bickle as its new Chief Executive.

Hastings Mayor Sandra Hazlehurst says Mr Bickle’s appointment is incredibly exciting for our council and for the people of the Hastings District.

“Our Council has a very clear vision; we want to improve the wellbeing of our people, deliver efficient and effective local government services and we want to enable and encourage the district’s business growth.  We sought a Chief Executive who understands our vision, understands our challenges, and who can implement the change needed for us to achieve our goals. We need someone who can see opportunities and manage our resources so we can realise those opportunities. We want to make Hastings District an even better place to live, a better place to work and a place our community loves.

“Mr Bickle is a passionate, driven and experienced leader who values and understands the importance of relationships.  He has built strong relationships at regional, national and international levels.   He will lead a customer focused, can do council; a council that is aware of our community’s needs and a council that will deliver the best results for our district,” says Mayor Hazlehurst.

Sandra Hazlehurst says Nigel has held many senior roles in central government including regional economic development, welfare, building and housing, labour, employment, and immigration.  “He has a love of Hastings and Hawkes Bay.   His passion, skills, attitude and experience made him a stand out candidate and our Council is excited to have him lead our organisation.”

He grew up in Porirua and holds an Executive Masters degree in Public Administration from Victoria University.

Mr Bickle says he is looking forward to his new role.

“I’m very excited about leading Hastings District Council and delivering on the ambitious agenda set by the Council. I’m really looking forward to getting to know the District and working with the Mayor, Councillors and staff to deliver for Hastings residents and ratepayers.

“Hawke’s Bay is one of the best regions in New Zealand. My wife and I already spend a considerable time there as two of our four children now live in the Bay. I’m excited at the prospect of moving to Hastings permanently.”

Mr Bickle will take over the role from Acting Chief Executive Neil Taylor on 11 February 2019.